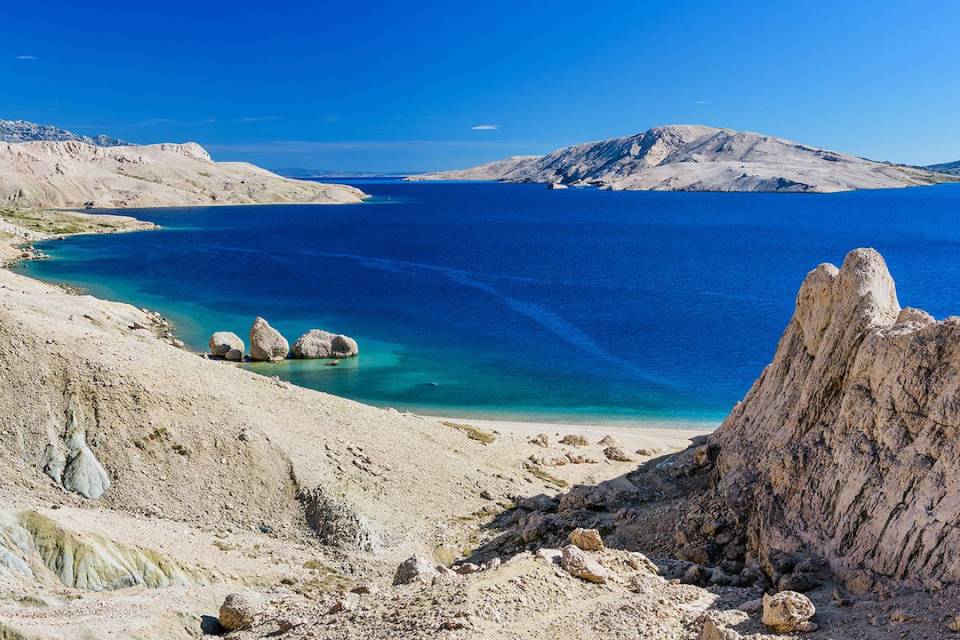 Explore the Island of Pag

Pag Island is the fifth biggest island in the Adriatic region. Everything about Pag is interesting, beginning from the fact that it’s divided into two counties – Lika and Zadar. Passing the bridge that connects the island with the land, the first thing people notice is the moonlike landscape Pag has. Some parts of the island are dry and barren with little to no vegetation, which resulted in making it a great film location. Except for Zrce, the famous party destination where people go to spend unforgettable nights, Pag has more things to offer to travelers coming from all over the world.

Locally know under the name Fortica, this ancient fortress is the first thing you see after passing the bridge when entering the island. Surrounded by the crystal-clear blue sea from three sides, it is the perfect spot to take some breathtaking photos. According to the tale, the people of Pag welcomed and briefly received the Hungarian king Bela IV there, hiding from the attack of the Mongol army.

Hidden in the Velebit canal is the Vlaška mala cove. In it, deep under the sea surface is an ancient shipwreck of a Roman merchant ship from the first century before Christ. Anyone interested in history, diving, and adventure will be thrilled to know that exploring this location is entirely possible. Diving under using the equipment or in the submarine, people can explore the amphoras and other objects found on the seafloor.

Healthy body, healthy mind is the saying worth knowing. Take a break from partying at Noa and explore the most interesting trail track in Croatia. Named by the famous Bowie song – Life on Mars will make mountain climbing an extraterrestrial experience. Stepping onto the track, the famous Pag stones, bare ground, and blue sea is all that can be seen for miles while walking the trail. Hearing the goats in the distance is one more factor that makes this experience even better. The track is near the beautiful Ručica beach, where you can take a break and swim on Earth Mars.

Perfect opportunity to rent out bikes or ECO-scooters with your friends and go on an adventure. One kilometer from Novalja, there is a place where many scientists and geologist spent their time exploring the unusual triangle formation imprinted into the stone ground. After the discovery that the stone inside the triangle has been exposed to extreme temperatures in the past, many people believe that aliens and UFOs have something to do with it. The place has been visited by more than half a million tourists since.

For any food lover out there, Pag has more than enough authentic products to taste. Because of Pag’s terrain, sheep at the island have a unique diet. They feed on various medicinal plants such as nightingale, and sparse grass covered with salt brought by the wind. All of this results in the meat of Pag lamb having a delicious taste and world gastronomes consider it a top specialty.

The same reason lamb has a special taste is why Pag’s cheese is the most awarded in Croatia. Its taste is known around the world and a popular souvenir many bring home from their trip.

Once home to 6,000 people Old Town Pag is now almost a ghost town. Still, there are beautiful ruins that can be seen of the Franciscan monastery and the church of St. Mary built in the 12th century. It is located about 1 kilometer away from the present Pag town.

Close to the city of Novalja is an ancient Cissa town. It is believed that the roman town sunk in the 4th century after an earthquake. Diving into the blue water, parts of the ruins can be found at the bottom of the seafloor. The ground is actively being explored by a group of Croatian archeologists that are still learning new things about the culture of people who lived there.

At the height of 348 meters altitude is the tallest top of Pag Island. There stands a small church dedicated to Saint Vid built in the 14th century. The trip to the top is worth a while knowing that a view that awaits is once in a lifetime sight. 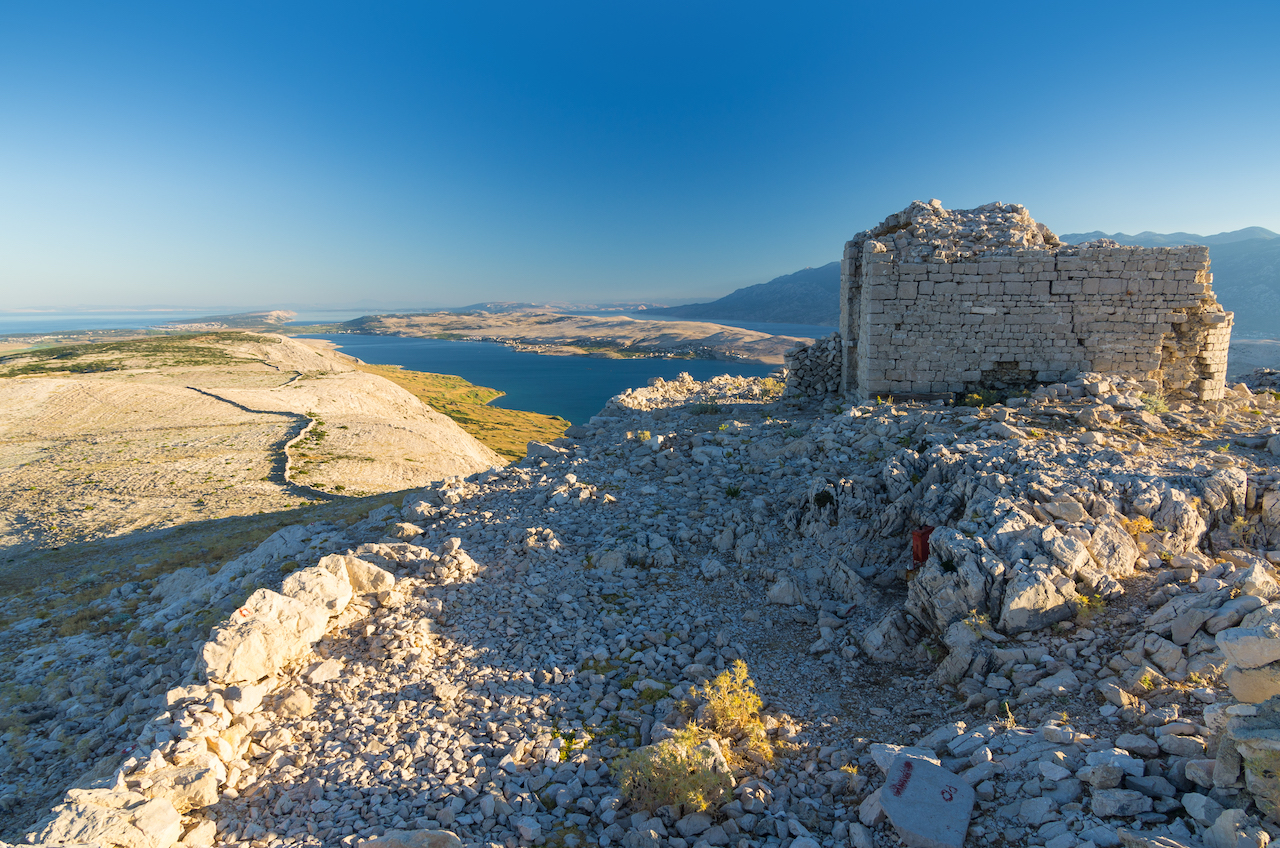 As the island with the most developed coast in Croatia, it’s no wonder Pag has some of the most beautiful beaches. Apart from the ones that can be found on the internet travel guides, renting our scooters can be a great opportunity to explore some of the beaches that are not that well-known, but still as beautiful. 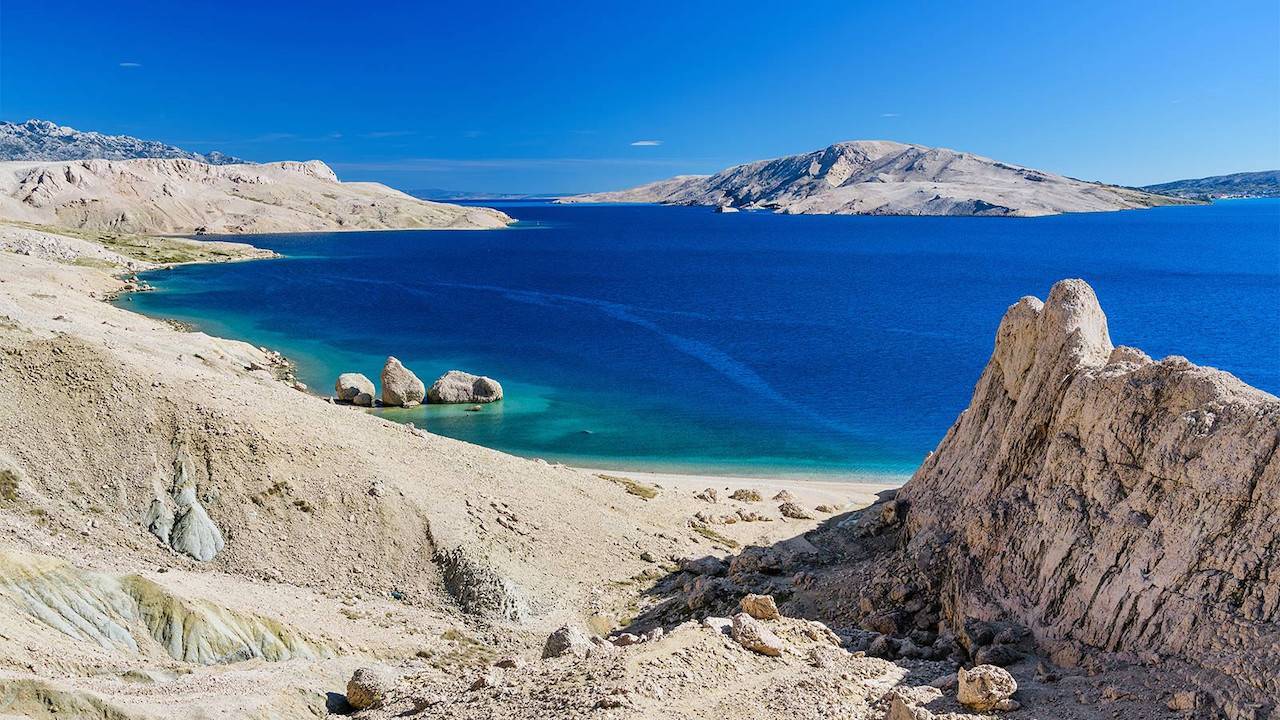 Pag’s salt is one of the finest salts in the world, and the biggest salt manufacturer in Croatia. Driving through Pag, the salt islands and pools are an unavoidable sight. The tradition of making the salt with the process of evaporation goes back to the 10th century. 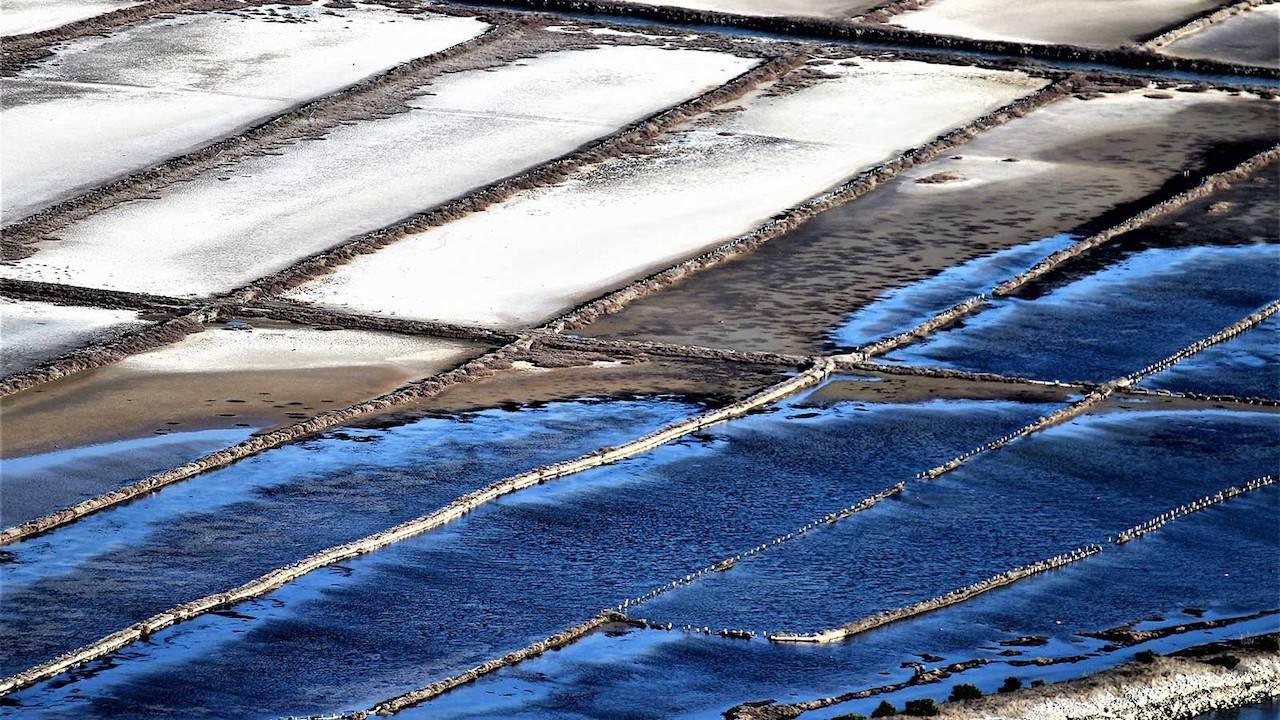 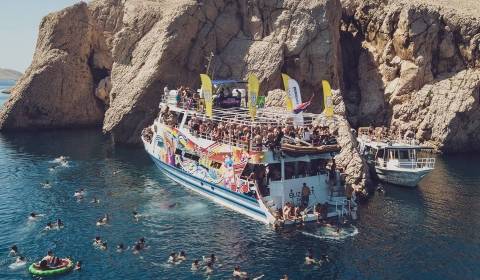 SPECIAL OFFER • ONLY HERE • 2023 • Book glamping on our website, and get a party boat for free! 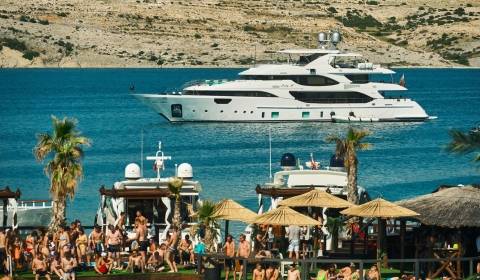 The Luxury of Noa Yacht Club 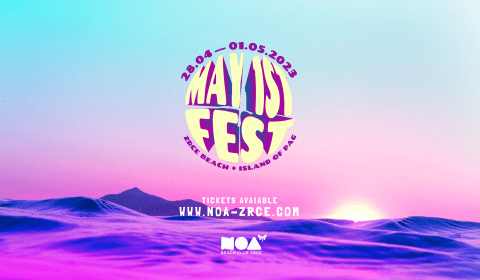 The earliest summer in Europe is at Noa. Visit the May 1st festival, and get the best deals!

We are opening the season of parties and organizing an extended weekend to remember! Get your Early Bird Tickets on time, add Barbeque Party Ticket, and enjoy good vibes at Zrce.

SPECIAL OFFER • ONLY HERE • 2023 • Book glamping on our website, and get a party boat for free!

Whoever said 'no' to a free boat party? No one! Book your glamping villa directly through us, and you and your friends get a complimentary party boat experience for free.

If you want to be the first one to find out about new festivals and artists coming to Noa, make sure to subscribe to our newsletter!

This site uses cookies to offer you a better browsing experience. By continuing, you agree to our use of cookies. More info »